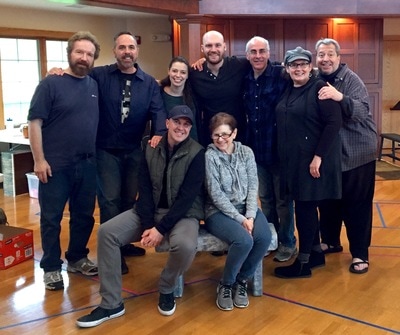 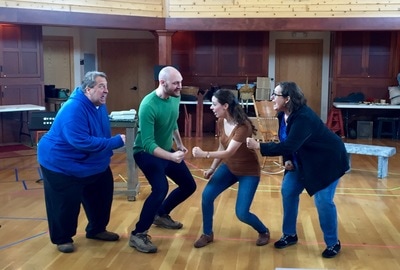 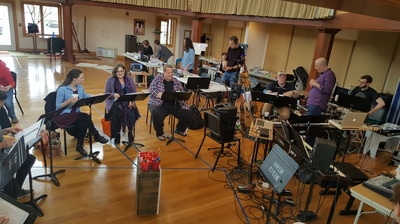 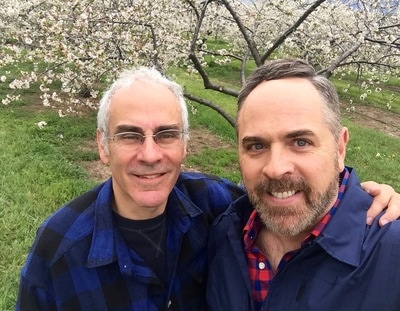 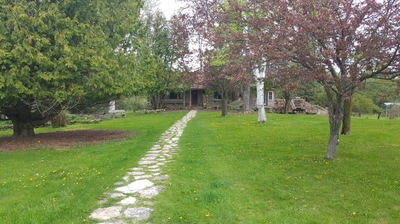 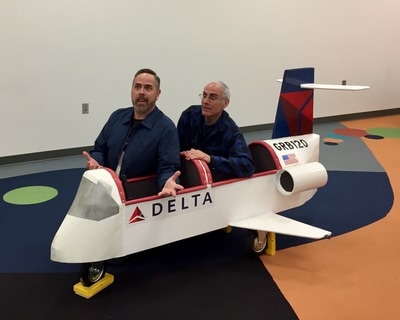 June 12th ﻿– 18th
Again, Richard and I were flown to Door County where we, for the third time, stayed at the heavenly home of Paula & Bob Keller overlooking Green Bay during the week of our debut of OKLAHOMA IN WISCONSIN. I however missed my flight due to a cell phone update problem which disabled my alarm and incoming calls and I would never be able to wake up at 3:30 AM without a working alarm. Delta put me on the next two standby flights at no charge but the weather was so bad, the second flight was delayed a few hours. Richard headed for Door County and, once in Milwaukee, I caught a Greyhound to Green Bay and stayed at a motel. When I got back home to California, T-Mobile gave me a $250 credit for my extra expenses instantly without the need to send receipts. That's service!

Turned out Monday was rained out so there was no rehearsal. Tuesday, Richard Picked me up at Green Bay and we headed back to the Keller's home. That evening we saw our only fully staged rehearsal and it was glorious! Meanwhile, there was rain scheduled for most of the week including 70% chance of thundershowers on our opening night and our families were flying up to see the show. Richard and I quietly panicked all week but I had called the Baha'is of Door County and asked for prayers for Friday. I talked to Dave & Renny Lea who reserved two pies for us at a pie shop in Egg Harbor. We picked an apple and a cherry. Before bed we dug into the apple and had mouthgasms. Best pie ever.

Wednesday was our preview night and it stopped raining before showtime but the power went out so it was another disappointment. But Friday was the big night. It COULD'NT rain with all we had at stake.

Thursday night our families came up. I took Paul and Holly to the theater during the day driving a few miles into Peninsula State park where there was a 650 seat amphitheater. Empty.

Friday late afternoon it rained. It stopped before the debut of our show. The theater was packed. The response was great. The audience even applauded after a few of the lines in the middle of scenes. After the show there was an after party back stage—a veritable love-fest. About a half hour into it it started raining. On the way back to the Kellers, the rain was so dense Richard depended on the lightening to illuminate the road ahead.

Saturday we spent with out families. We saw Lumberjacks in Love at 6 PM and mom and dad stayed for an 8:00 dress rehearsal of Victory Farm, both charming shows. Although the week started out rough, it ended spectacularly. I will miss the Northern Sky Theater "village" that helped raise our musical to heights I couldn't have imagined. 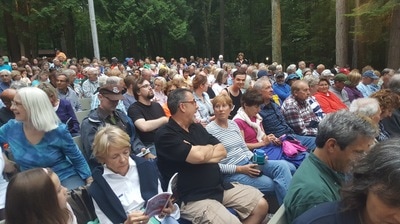 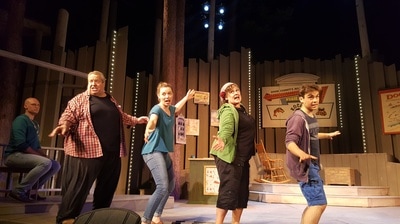 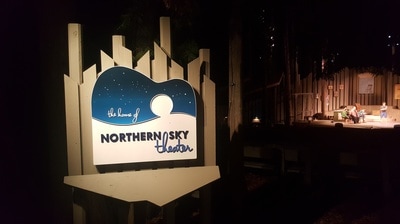 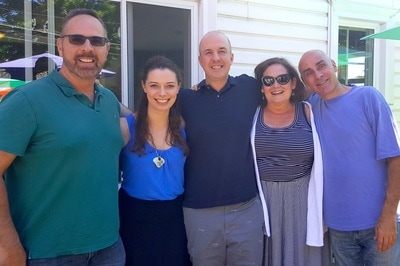 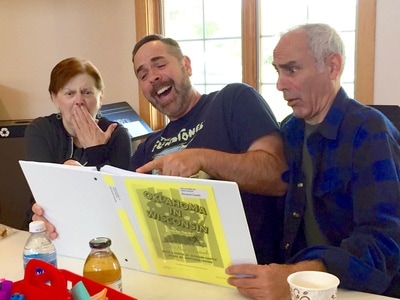 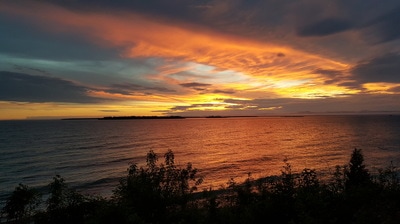 INFO / TICKETS / REVIEW
November 29th
I was interviewed by Jud Friedman, CEO of qWaqq.com and successful songwriter (Run to Me sung by Whitney Houston). Click Here is you have lots of free time.

December 23th
I had a great time at Rickie Lee Jones' Christmas Party. About 80 of us sang, after the requisite half-dozen Christmas songs, about 100 songs from the 70's. Most were professional musicians. Heaven. Thanks for inviting me Alfred!